Rockhopper’s exploration and appraisal activity in the North Falkland Basin has centred around licences PL032 and PL004 which contain the Sea Lion and the Isobel-Elaine fan complexes. It is envisaged that Sea Lion will be developed in two phases, with Isobel-Elaine viewed as a potential Phase 3 development. 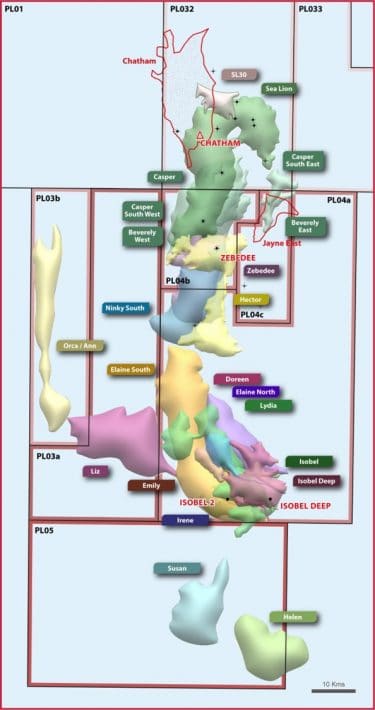 In February 2010, the Ocean Guardian drilling rig arrived in Falklands water to carry out a multi-well drilling campaign. In the spring of 2010, Rockhopper (as operator) drilled its first exploration well on the Sea Lion Prospect which resulted in an oil discovery. The well was successfully flow tested in September 2010.

Following the successful flow test, a further eight exploration wells were drilled by Rockhopper across the Sea Lion Complex, six of those being discoveries. In addition, Rockhopper participated in a further five non-operated wells in the North Falkland Basin.

In March 2015, the Eirik Raude rig arrived in the North Falkland Basin to commence a multi-well drilling campaign.

Through the course of 2015 and early 2016, oil discoveries were made at Zebedee, Isobel Deep and Isobel-Elaine.