The story so far

Project substantially de-risked through the FEED and optimisation processes

Preliminary Information Memorandum and comprehensive set of independent expert reports, which formed the basis of a financing guarantee application package for the senior debt component of the project financing, were submitted to potential senior lenders including export credit agencies in July 2019

Heads of Terms signed with Navitas Petroleum to farm-in to the Sea Lion project.

Rockhopper commences international arbitration proceedings, seeking very significant monetary damages, as a result of the Republic of Italy’s breaches of the Energy Charter Treaty in relation to the Ombrina Mare project.

In late 2017 and early 2018, Letters of Intent were signed with a number of key contractors for the provision of services and vendor financing for the Sea Lion project.

Fiona Macaualy, COO, leaves the Board with their thanks for her contribution since 2010.

In August, Rockhopper completes the acquisition of a portfolio of production and exploration assets in Egypt.

Having been Chairman since the Admission to AIM in 2005 Pierre Jungels leaves the Board with their thanks for his contribution since 2004.

In March, the Eirik Raude rig arrives in the North Falkland Basin to commence a multi-well drilling campaign. Exploration successes at Zebedee and Isobel Deep with multiple oil discoveries made. 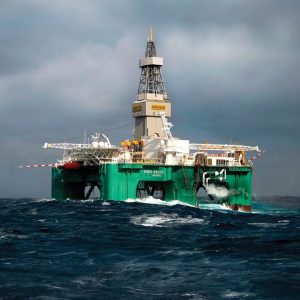 In May, Rockhopper announced a recommended cash and share offer to acquire AIM listed Mediterranean Oil & Gas plc. The transaction completed in August. Through the acquisition Rockhopper acquired a portfolio of production, development, appraisal and exploration interests in Italy, Malta and France.

In November, and in response to a significant reduction in the global price for oil, Rockhopper and Premier announce a lower cost, phased development concept for Sea Lion.

Peter Dixon Clarke, Finance Director, leaves the Board with their thanks for his contribution since before the admission to AIM. Having previously advised the Company during his time at Rothchild, Stewart MacDonald joins the Board as CFO.

Having overseen the Sea Lion discovery David Bodecott retires from the Board with their thanks for his contribution since 2004. Rockhopper consolidates its interests in the Falklands through the farm-in to acreage held by Desire Petroleum. As a result, Rockhopper increases its interests in licences PL004a, PL004b and PL004c to 24%. 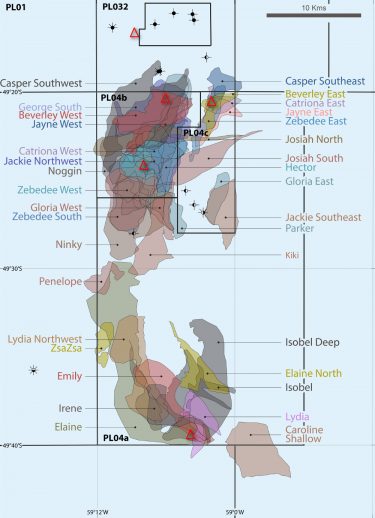 In recognition of Rockhopper’s unrivalled understanding of the North Falkland Basin, it was agreed that Rockhopper would retain the sub-surface lead in relation to future exploration activities.

Following the successful flow test in late 2010 a further eight exploration and appraisal wells were drilled by Rockhopper across the complex, six of those being discoveries. This extremely high success rate combined with an efficient operations group delivers in excess of 300 million barrels of recoverable oil at a finding cost of less than $1.50 per barrel. Simultaneously, Rockhopper operates 2 3D seismic vessels. By the end of the campaign, Rockhopper operated the Ocean Guardian rig for almost 400 days, opening a new hydrocarbon province.

In addition, Rockhopper participated in a further five non-operated wells. 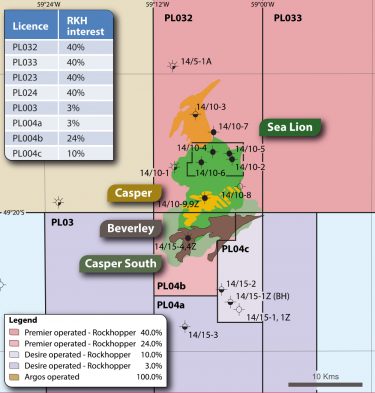 In February, the Ocean Guardian drilling rig arrived in Falklands waters to carry out a multi-well programme on behalf of multiple operators. In the spring, Rockhopper (as operator) drilled its first exploration well on the Sea Lion prospect which resulted in an oil discovery. The well was successfully flow tested in September, the first ever DST in the history of the Falklands. Additional resources, both human and financial, are brought in as Rockhopper gears up for a prolonged and thorough appraisal campaign planned by the technical team.

Richard Visick, founder, leaves the Board with their thanks for his contribution.

Following completion of the 3D seismic over the Sea Lion area, Keith Williams, exploration director since the admission to AIM retires with the Board’s thanks for his contribution. David Bodecott becomes exploration director. A high quality team of technical consultants completes the technical interpretation under his guidance and Sea Lion is selected as a well location. 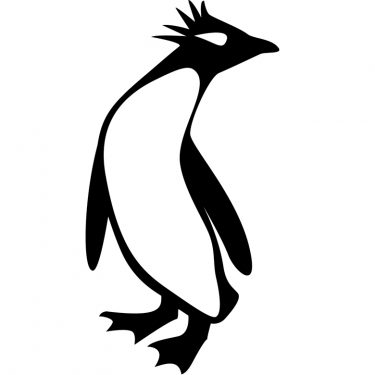 Page load link
We use cookies to ensure that we give you the best experience on our website. If you continue to use this site we will assume that you are happy with this.OKMore about cookies
Go to Top